"God is a Dishwasher" is a humorous audio clip written by Madcapoperator and performed by ThornBrain, made on December 17, 2009. It parodies Christian fundamentalism through a strange British man describing his beliefs as surreal dishwasher and breakfast metaphors. The vocal is laid over a droning D chord arpeggio. 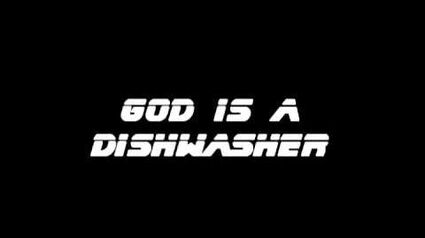 Retrieved from "https://themidnightfrogs.fandom.com/wiki/God_is_a_Dishwasher?oldid=7189"
Community content is available under CC-BY-SA unless otherwise noted.