BlackholeWhitespace is the first music album by ThornBrain, released at the end of January 2011 on Futures Passed Free Music. The album is inspired by many 70s and 80s Post-Punk, Punk Rock, Alternative Rock, and Experimental artists, as well as the recordings of Thorn's own dad Mike. The album is half original songs, half covers.

MrVorhias retroactively noticed a recurring theme of paranoia in almost every song on the album, and Thorn has since adopted this as its primary concept.

Futures Passed Free Music and its successor Mind Antivirus ceased in 2013, so the album is currently unavailable for download. Thorn re-released the best material in October 2014 on ThornBrain is Really Bad at This - The Best of the Worst (2009 - 2011) and the leftovers on No One Needs Me - The Rest of the Worst (2009-2011). 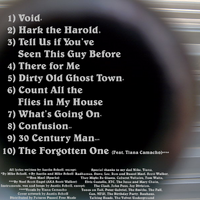 Downloads of the album from FPFM included an EP containing the following: 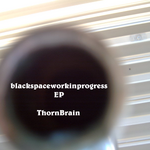 Thorn recorded music sporadically throughout 2009 and 2010. His demos reached FPFM manager Steve, who asked him to join the FPFM label in mid-December 2010. Joining said label gave Thorn the motivation needed to begin recording again, and his first project was a song for the upcoming compilation, The First Snow of Winter, which would become "The Forgotten One". 9 more songs were recorded over the next month-and-a-half, all over Thorn's computer and using various effects software and his dad's Zoom pedals. He also contributed a cover of Talking Heads' "Psycho Killer" and future BlackholeWhitespace track "Count All the Flies in My House" to the Futures Passed In Two Years compilation. The album was completed January 28, and a listening party was held January 30. It was officially released on the 31st.

The cover art is a photograph Thorn took of a faucet in his former Health/Driver's Ed teacher's classroom. The photograph was then run through several filters in PhotoShop, and the resulting picture inspired the album's title. The unaltered version is used on the bonus demo EP.

An alternate, unfiltered picture is used on the "back cover", better showing the panels in the classroom ceiling that make up the odd lines in the front cover. These original pictures were taken at least two years before the album was recorded.

The album was positively received from TheMidnightFrogs' fans and teammates, and FPFM label manager Steve was particularly enthusiastic about it. It was the most popular release on FPFM.

Thorn has gone on to express dissatisfaction with the record, particularly in his own singing, the slapdash recording process (it was recorded in just over a month), and his poor mixing job, though he is still proud of "Tell Us...", "Count the Flies...", "The Forgotten One", and to a lesser extent "There for Me".

Retrieved from "https://themidnightfrogs.fandom.com/wiki/BlackholeWhitespace?oldid=9113"
Community content is available under CC-BY-SA unless otherwise noted.