Ask GiroDoro is an audio-only side-project based on the Sgt Frog Abridged characters Giroro and Dororo. It is a Q&A blog wherein the couple answers questions submitted by viewers, usually related to SFA and often providing additional information to the characters and story that is otherwise not shown in the abridged series. Season 1 is set between SFA18 and SFA: Reset, Season 2 runs alongside SFA19 up to before SFA21, and Season 3 is set after SFA22 running alongside the rest of SFA Season 3 and briefly into the post-series.

The blog initially began on June 5, 2012 as text Q&A's only, with Thorn answering the questions in-character and occasionally reblogging Tumblr posts with comments from Dororo and/or Giroro. The blog was made into an audio series on June 25, using the pre-existing questions and answers for most of the first season. Early episodes were played as Giroro and Dororo sitting in front of a laptop in Giroro's tent late at night, answering the questions while relaxing and drinking soda. On Episode 5 they began traveling the world investigating the time lock the Garuru Platoon set on Earth during the SFA Season 2 finale. Keroro also joined the cast at the end of Episode 7 for the season, and Kululu and Tamama joined for Episodes 10 and 11. The first season and story arc concluded with Episode 12, set as a lead-in to Sgt Frog Abridged: Reset.

Season 2 continued briefly alongside SFA Season 3. However the series was canceled after only two episodes when Thorn dissolved TheMidnightFrogs on May 25, 2014, and the Tumblr account was closed that same day. Thorn retracted the decision to end TheMidnightFrogs two days later, but he still decided not to continue Ask GiroDoro, being tired of it. He completed the delayed third and final episode and uploaded the short second season to YouTube, ending with the pair's laptop breaking due to interference by Dokuku.

Dororo vomits up a new, working laptop at the end of Episode 21, and while it was merely a surreal joke, Thorn was asked if it meant the ask blog would be revived. He did so on August 13, 2015, and Episode 16 of the blog was uploaded September 15. Episode 17 followed on the 27th, but there was a long delay and a focus on concluding SFA before Episode 18 was recorded and uploaded on May 23, 2016. Episode 18 teased a new plot for the blog of the Keronians searching Earth for Viper's hidden treasure hoards, potentially as a lead-in to The Sgt Frog Abridged Movie. The blog and TheMidnightFrogs as a whole went on hiatus for the rest of the year, but the blog returned in April 2017 with Episode 19 before it once again quietly stopped. Thorn had enough leftover questions for one final episode, and he recorded and released it at the end of TheMidnightFrogs' retrospective stream on January 5, 2020. Though the pretense was that it would serve as a final wrap-up for TheMidnightFrogs, it was secretly a lead-in to the trailer for The Sgt Frog Abridged Movie. However Thorn has confirmed Episode 20 is the blog's finale.

Note: Episodes of Seasons 1 and 2 were uploaded to the old Tumblr account, which is now deleted. They are available to download from MediaFire or watch as collections on YouTube. Though Season 3 was mostly uploaded to a new Tumblr account, Thorn has linked all episodes below to direct downloads due to his abandonment of Tumblr. 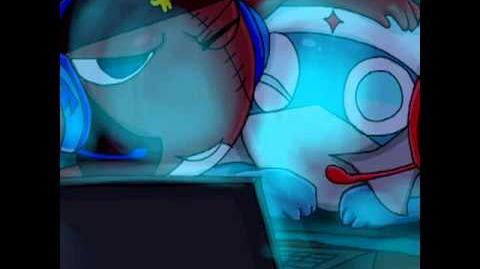 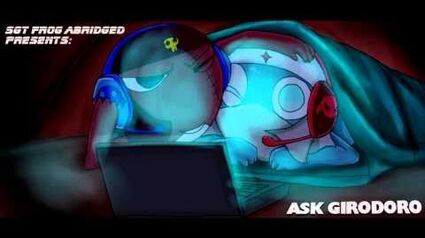